The electrical machines community is very sad to announce that Prof. Dr. Ir. Jan A. Melkebeek passed away on October 30, 2020 at the age of 68.

Jan received the « Ingenieur Degree » in Electrical and Mechanical Engineering, the Ph.D. degree in Applied Sciences, and the Doctor Habilitus degree in Electrical and Electronic Power Technology from Ghent University, Ghent, Belgium, in 1975, 1980, and 1986, respectively. In 1981, he was a Visiting Professor with the Université Nationale du Rwanda, Rwanda, and in 1982, he was with the University of Wisconsin-Madison, USA as a visiting Professor. Since 1987, he has been a Professor of Electrical Engineering with the Faculty of Engineering and Architecture, Ghent University. He retired in 2017 and became Emeritus Professor at the same university.

At the end of his academic carreer, Jan did publish a book collecting all the courses he gave at Ghent University. This book on the Electrical Machines and Drives – Fundamentals and Advanced Modeling (Springer Verlag, 2018) is certainly a milestone for his past students and colleagues.

From 1983 on, he has also published 65 journal papers, 1 magazine paper and 119 conference papers in IEEE conferences and journals. He has been involved in the IEEE Benelux Section by being the IAS-PELS Joint Chapter Chair after 2002.

He has been deeply involved in the International Conference on Electrical Machines (ICEM) being a general Co-Chair in 2002 for the Bruges edition and in the meantime elected as a Steering Committee member. He has been one of the prime movers of ICEM Awards being supportive for this new initiative. He has been ICEM Awards Chair from 2010 to 2020 being only replaced in 2014 when he was nominated and honored by the ICEM Arthur Ellison Achievement Award.

He will be deeply missed by all the ICEM community. It is with a great sadness that we would like to announce that Dr. Michel Poloujadoff passed away on December 13, 2021 at the age of 89.

He graduated from high school in 1950 and he got his BSc in Electrical Engineering from Supelec, Paris, France (now CentraleSupelec) in 1955. He then moved to the US and got his MSc in Computer Science from Harvard University in Howard Aiken’s lab. While he returned back in France in 1960, he got his DSc in electrical engineering from University of Paris (now Sorbonne University).

Dr. Michel Poloujadoff did advise not less than 46 PhD and DSc students during his periods in Grenoble and Paris. He was also the prime mover of a graduate school in Electrical Engineering in Tunisia. He published not less than 5 textbooks which have been translated also in Chinese and Spanish. His book on the Theory of Linear Induction Machinery (Clarendon Press, 1980) was the first one on the topic and is still a milestone for electrical engineers.

From 1970 on, he has also published 49 journal papers, 18 magazine papers and 8 conference papers in IEEE conferences and journals. He has been deeply involved in the IEEE France Section as the launcher of the Life Member Affinity Group in 2004. He has been Chair of this group (2004-2016). He has been elevated IEEE Fellow (Class of 1982) and Life Fellow in 1998. He got the prestigious Nikola Tesla Award in 1991 and the Lamme Medal in 1994. He was also Distinguished Lecturer for PES and for IAS.

He has been one of 8 founders of the International Conference on Electrical Machines (ICEM) in 1974. It is the largest and the most prestigious conference in the area. He has been Steering Committee member from 1974 to 2000. He has been honored by the ICEM Arthur Ellison Achievement Award in 2012.

He will be deeply missed by all the electrical machines community. 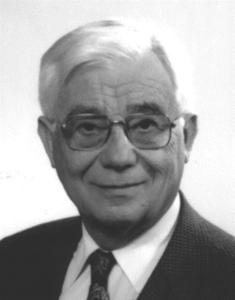 I am deeply sorry by the sad news that Prof. John A. Tegopoulos passed away on September 25, 2013.

John was born in Trikala, Greece on September 30, 1924. He received the Diploma in Mechanical and Electrical Engineering in 1948 from the National Technical University of Athens, and M.S. and Ph.D. degrees from Purdue University in 1954 and 1956 respectively, where he attended as a Fulbright Scholar.

From 1958-1966 he was with Westinghouse Electric Corporation, Large Rotating Apparatus Di- vision, Development Engineering in East Pittsburgh, Pa., USA. At the same time, he taught at the Uni- versity of Pittsburgh. In 1966 he joined the faculty of the National Technical University of Athens, as professor of Electrical Engineering. He was Dean of the School of Electrical Engineering from 1970 to 1979. In 1979 he received the Empirikion Prize for Scientific Achievements in Greece. He also held posi- tion as Chairman of Technical Organizations and Consultant, President of the Technical University of Crete, Chairman IEEE – Greece Section and Region 8 Fellows Committee. Since 1992 he was Professor Emeritus at the National Technical University of Athens.

His area of interest comprised applied electromagnetics in electrical machines, eddy currents, as well as transients and control of electrical machines. Dr. Tegopoulos was an IEEE Fellow (1975) and a Life Fellow (1991). He was also a member of the IEEE Power Engineering Society and a member of the Rotating Machinery Theory Sub-Committee, the Magnetic Society, HKN, SX and the Technical Cham- ber of Greece. He was also a member of CIGRE Study Committee II. He was the recipient of IEEE Cen- tennial Medal (1984). He was a Foreign Member of the Polish Academy of Sciences (1991) and he was awarded an Honorary Doctorate by the Russian Academy of Sciences (1995). In 1992 he was elected chairman of the International Conference on Electrical Machines. His term lasted till year 2000. He was the recipient of IEEE 1996 Nikola Tesla Award. In 1997 he received the National Award for Excel-lent University Teaching at a Public ceremony in Athens. In 1998 he received the Honorary Doctorate awarded by the Technical University of Bucharest.

He holded 1 patent and published over 200 papers mainly in IEEE Journals and 6 Books, two of which are in English and deal with Eddy Currents. One with analytical the other with numerical methods. He also presented many papers in Conferences. There are more than 500 citations by other authors in his work.

His outside interests included classical music, linguistics and languages (he was a multilingual person).

I shall always keep the best memories of the privilege to have closely cooperated with his gentle personality,  inspiring scientifically his environment with important impact in our scientific community. 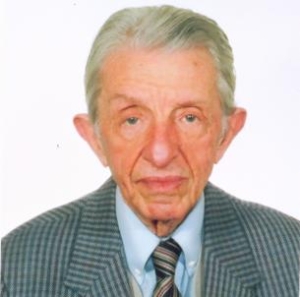 Professor Brian J. Chalmers passed away on November 16, 2013 after a short struggle against a terrible illness. He had a long and distinguished academic career.  As a postgraduate student at Bristol University, he studied electrical machines, using early computers programmed in machine code rather than the high level languages of today. He was awarded a Ph.D. degree in 1961.  Professor Chalmers was awarded the degree of Doctor of Science (D.Sc.) in 1978 for his very substantial and sustained contribution to scholarship.

After a period in industry with the English Electric Company at Stafford, he joined the staff of the Department of Electrical Engineering and Electronics at the University of Manchester Institute of Science and Technology (UMIST) in 1963.  His research interests encompassed design of large induction motors, eddy-current effects and their exploitation, inverter-fed drive systems, and novel permanent-magnet machines.  He authored more than 140 published technical papers and several books.  Professor Chalmers established excellent contacts with industry and with the staff of the corresponding department at Manchester University.  The result was the Manchester Machines Research Group (MMRG) set up in the 1980’s.

From 1994 to 2006 Professor Chalmers was the Chair of the International Conference on Electrical Machines (ICEM) Steering Committee.  In 1992, he brought the conference, with its several hundred delegates, to Manchester.

As a Professor he took his turn of duty as Head of Department between 1985 and 1989.  He proved to be a first-class administrator of a very large department.  With the academic and support staff, together with the postgraduates and undergraduates, he was responsible for about 1000 people.

Brian’s research was recognised at national and international levels.  He participated in international conferences, travelling extensively.  Sometimes he was able to take time out for his mountaineering adventures and other exercise.  On one occasion, he participated in a double marathon – Pietermaritzberg to Durban through the Valley of a Thousand Hills, raising funds for charity.

Brian will be sadly missed by electrical machines research workers worldwide and certainly also by all the ICEM community.