Professor Arthur James Ellison passed away on September 6th, 2000, at the age of 80. He had suffered from cancer of the oesophagus but he died peacefully at home among his family. 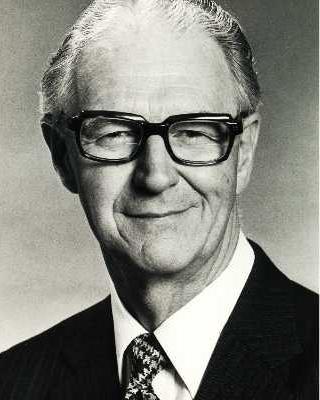 The ICEM is irrevocably connected with the name of Arthur J. Ellison. It was he who, in 1974, initiated and inaugurated the first “International Conference on Electrical Machines”. The venue was the City University at London, where Arthur Ellison had become Professor and Head of the Department of Electrical Engineering in 1972. He held this position until his retirement in 1985.

Consequently, Arthur Ellison was elected the first Chairman of ICEM and held that position from 1974 to 1984. During those ten years, he effectively created the profile of ICEM. It was his idea to open a broad scope of communication among professional engineers in the field of electrical machines and drives from all over the world. Every aspect was to be taken into consideration, classical design and modern control, parasitic phenomena and new configurations, fundamental laws and emerging techniques. Arthur Ellison strongly emphasized that as many participants as possible should be able to present their scientific results personally in order to become known in the professional world. This imposed considerable problems for the organisation of ICEM. But beyond all the professional activities he had the vision of “becoming friends”. It was his central concern to enable the professionals to talk to each other in a friendly, open-minded and confidential manner, and to build a strong community.

Arthur Ellison was a gentle and charming colleague. His warm and friendly manner has always been greatly appreciated by all who came in contact with him. And there was no conference dinner without one of his humorous speeches addressing the participants as “friends and colleagues” who, he urged, should speak “clearly, loudly, and distinctly” during the sessions in order to be understood. He himself gave us the best example of how English should be communicated. It was always an enchanting event to listen to him talk; this, undoubtedly, was a highlight of the whole conference.

Since 1984 he was President of Honour of the International Steering Committee of the ICEM. In this position, he gave much valuable advice and actively influenced the further development of the conference.

Arthur Ellison was a great professional in his field. During many successful years in the industry, he designed and contributed to the manufacture of heavy electrical machinery. Noise and vibrations became his speciality. Numerous publications revealed him as a distinguished electrical engineer. Prior to his appointment at the City University, he was with the Queen Mary College where he taught the design of electrical machinery and presided over the department as it became the School of Electrical Engineering and Applied Physics.

His field of interests was focussed not only on Electrical Engineering. Prof. Ellison was also devoted to parapsychology. As pointed out by David Fontana in his obituary (Journal of the Society for Psychical Research, Vol. 65.1, No. 862) Arthur Ellison’s “extensive experience enabled him to bring exceptional rigour to psychical research. His approach was that of a sceptic, in the sense that he accepted things only on the basis of evidence and not upon trust, but once he became convinced of the genuineness of a particular phenomenon he had the courage and the openness of mind to champion it no matter how sharply it conflicted with accepted scientific paradigms.” And, with respect to the person himself, he continued: “Arthur was one of the finest of men and truest of friends. A devoted family man, a careful and perspective researcher, a bold and creative thinker, a true scholar and a generous and compassionate human being” One could not describe him in a better way.

The ICEM is full of gratitude to one of its greatest members and promoters. We will always keep fond memories of Professor Arthur Ellison.